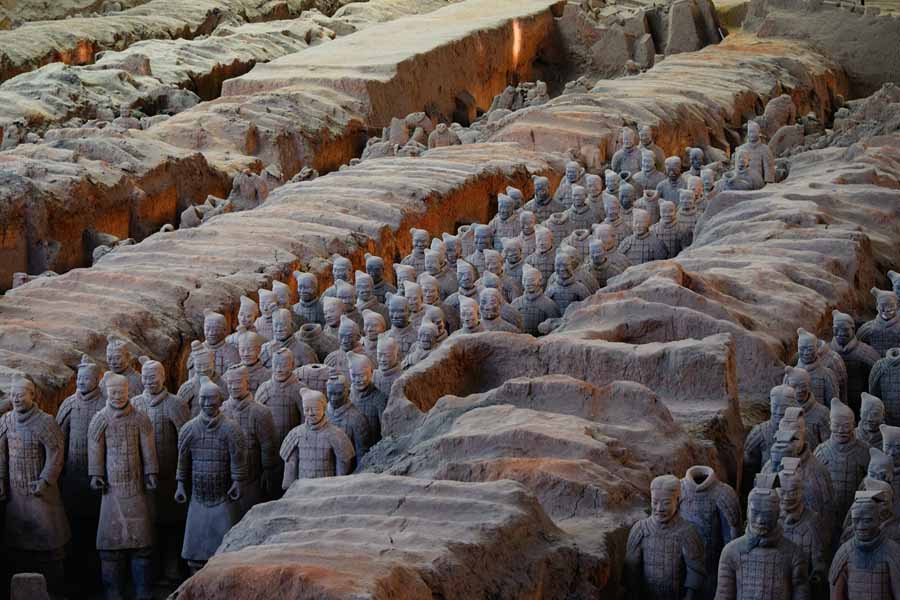 Qin Shi Huang, which literally means the First Emperor of the Qin Dynasty, was a foundational figure in China’s history. He not only united the country but also introduced an imperial rule that lasted for more than 2,000 years.

However, the king died three years after he ascended to the throne and his son, Ying Zheng, succeeded to power when he was only 13 years old. The boy king appointed Lu as prime minister to help him administer the state while he focused on Chinese classics, philosophy, history, and military theories. He did not assume administrative power and rule by himself until he was 22 years old.

Then, he immediately hired highly talented politicians, advisers, scholars and military leaders to help him. Among them was Li Si, an influential prime minister of the State of Qin and later the Qin Dynasty (221 -206 BC).

During that time, the country was divided into seven warring states, namely, Qin, Han, Zhao, Wei, Yan, Qi and Chu. Following Prime Minister Li’s advice, the young king of Qin launched a campaign to destroy the other six states and united the country for the first time.

To that end, Li schemed first to sow discord among the other states and then he routed them one by one. It took 15 years of relentless efforts, numerous battles and many plots for the King of Qin to conquer the other six states and establish the Qin Dynasty in a united country.

The King of Qin then proclaimed himself the “First Emperor”. Prime Minister Li told the newly crowned emperor that to consolidate his power and build up centralized authority, a series of social, economical, political, cultural and government reforms must be carried out.

Following his advice, the emperor introduced new laws and divided the country into prefectures and counties. He standardized weights, measures, currency and written language to facilitate economic development and trade and create a uniform cultural identity.

He ordered the construction and connecting of various sections of defense walls to form the Great Wall in northern China in an attempt to fend off nomadic invaders. He ordered a vast road system built.

But there was resistance to wide-ranging reforms and to stamp out opposition, the emperor and prime minister launched the notorious campaign of “Burning Books and Burying Confucianists”. A huge number of books, particularly political texts, were burned and hundreds of scholars were buried alive.

It is said that the emperor buried 460 people alive, mostly warlords who had claimed he was obsessed with unlimited power and enjoyed indiscriminately killing innocent people.

The First Emperor also built some magnificent palaces, none of which survived. However, his city-sized mausoleum and thousands of life-sized terracotta warriors still stand 30 km east of Xi’an, the ancient capital in northwest China, attracting millions of visitors every year.

The First Emperor died during a tour in eastern China in 210 BC and he was succeeded by his son Qin Er Shi, who was also called the Second Emperor of Qin. But the son lacked his father’s stature and only a few years after he took the throne the Qin Dynasty collapsed at a time of nationwide unrest and violent peasant uprisings.