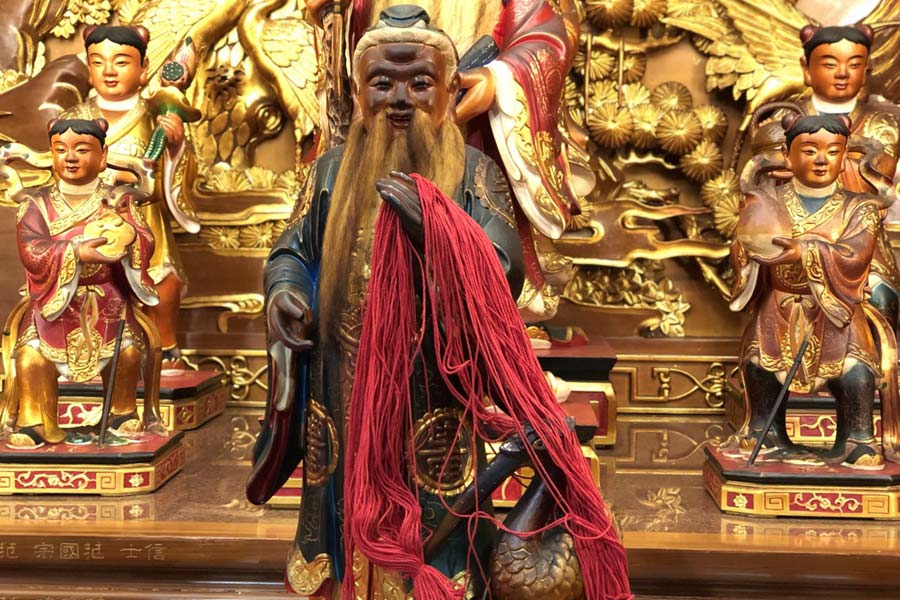 There is a very famous Chinese saying which goes like this: “The marriage of two people from thousands of miles away is brought together by a string.” What people may not know is that there is an interesting story behind this saying. It was said that during the Tang Dynasty (618 – 907), there was a man named Wei Gu. One night, Wei came across an old man leaning against a cloth sack, flipping through a book under the light of the moon. His curiosity aroused, Wei asked the old man what he was reading, and the old man told him, “It is The Book of Marriage. All marriages in this world are recorded in it.” He then asked what was inside the sack. The old man told him that it was a red string that was used to fix marriages. So, whenever a male and a female were tied together by this red string, they would get married at some point in the future. Upon hearing such answers, he just shook his head in disbelief.

14 years later, Wei decided to get married. His wife-to-be was the daughter of Wang Tai, a state official of the central government. Wang’s daughter was very pretty, yet she always kept part of her face covered. Wei was understandably curious about it and asked his wife many times until she finally told him what happened. She said, “Actually it is quite distressing to talk about. One day, 14 years ago, I was out walking and, a man appeared out of nowhere and slashed my face with a knife. It wasn’t a serious injury, but the resulting tiny scar just won’t go away.” Wei was shocked, as he recalled the moment 14 years ago when he had encountered the old man under the moon. It was only then that he finally believed that the old man really was the God who arranged marriages. Since the old man did not tell him his name, he became known simply as “The Old Man under the Moon” or in short, Yue Lao.

The Old Man under the Moon is like the Cupid of Roman mythology. Cupid uses an arrow to bring couples together while Yue Lao uses a red string. In the Tang Dynasty (618 – 907), it had already become a custom to have a red string in wedding ceremonies — The red string is given to the groom’s parents, to tie around the hands of the bridal couple. Gradually, in the Song Dynasty (960 – 1279), the red string was replaced by a red handkerchief and in the Qing Dynasty (1644 – 1911), it evolved again. By then, a red cloth is used, where the couple, each grasping a corner, hold each other in their arms and enter their bedroom. This practice has been retained today and many couples still carry red clothes during their wedding ceremonies.

Legend has it that, as long as Yue Lao has tied a red string around the legs of the two people, then the two of them, no matter how far apart they were and how different their family background was, would eventually get married. From this, we can see that the Chinese used to believe that marriages are arranged by fate, so the couple must support each other and never leave their partner. There is also a kind of knot called “Knot of the Common Heart”, which is made by tying two simple knots together. This can be used as a wedding gift, as it signifies “tying two hearts together forever”. These traditional Chinese marital values like tying two hearts together and staying together no matter what happens could really inspire current society, and remind people about the sanctity of marriage and the promises and responsibilities it entails.