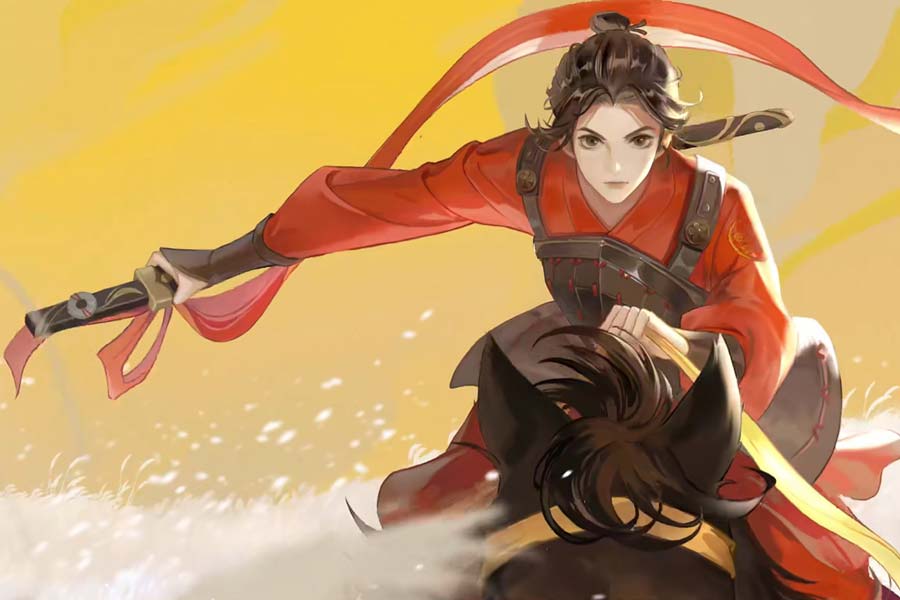 Have you watched Mulan, the animated film produced by Walt Disney in the late 1990s? The story is based on a Chinese legend about Hua Mulan joining the army for her father. Obviously, they altered parts of the story in the film to suit the audience, but if you have watched it, you will still have some understanding of the original version of the legend. Nevertheless, let’s look at how it happened.

A war broke out at one of the border areas of the Middle Kingdom, where another tribe was trying to invade the country by breaking through. Under such critical circumstances, the government sent out recruitment requests to gather as many soldiers as possible. Mulan saw the document identifying her aging father as a recruit, and she thought to herself, “Dad is so old that all his hair has turned white, and he is so weak, while my brother is still too young, so both of them are not suitable to serve the army. What should I do? ” After thinking for a moment, an idea suddenly struck her — she could actually do it in her father’s name! The next day, Mulan went to buy a horse and a piece of armor that would be essential for the war. She put them on when she got home, and everyone in her family agreed that she looked fit in the armor. Since there were no other options, her parents decided to let her join the army.

Due to regular practice with her father when she was young, she did very well in the war, killing numerous enemies in various battles. All sorts of merit were achieved with her outstanding performance for the army on the battlefields, and she became a “hero”. After their triumphant return, everyone in the army received huge rewards from the emperor. The emperor told Mulan that she had achieved a lot and in return, he would offer her a post in the state. However, she told the emperor that she was not interested in being an official; instead, she only wanted to go home to be with her parents and serve them well. The emperor was touched by her concern about her parents so he sent some men to accompany her along the journey home.

Upon arrival, she was so glad to be home again and immediately went into her room to get changed. When she came out of the room, all the men who accompanied her home were utterly surprised. They found it really difficult to believe that after being with her for over ten years, they did not realize that Mulan was actually a female!

In all these years, in addition to being a figure enjoying a heroine status due to all her merits achieved at war, Mulan is even more famous for being a good daughter to her parents. This is because the Chinese always think that filial piety should be a very high priority in one’s life. Serving one’s parents is understood as the most basic as well as the most important of moral acts. There are many folk songs and poems about Mulan which describe the whole story in praise of her. It would be safe to assume that the majority of Chinese people have heard about Mulan’s story, and many of them will actually be able to at least recall a few lines of folk songs and poems written about her.