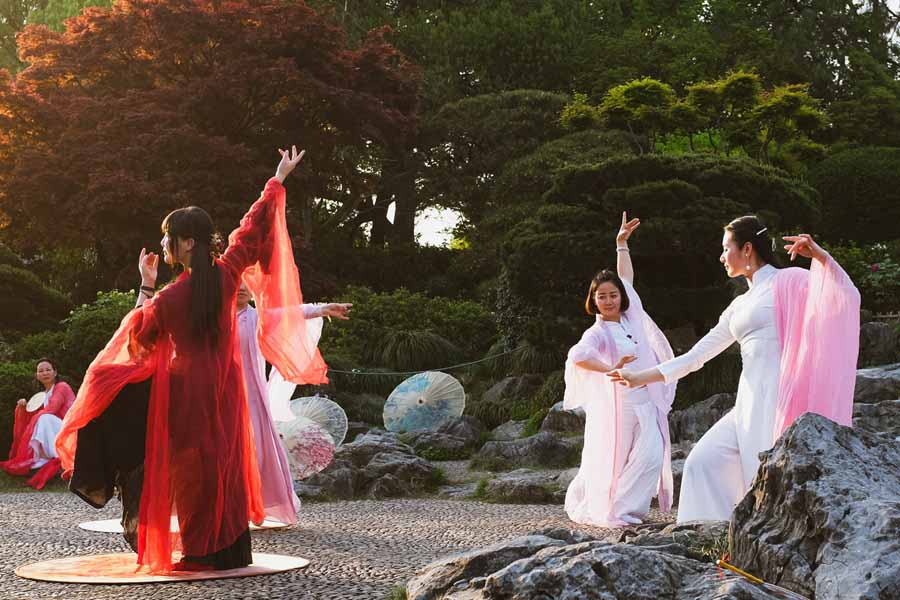 In recent years, a wave of traditional Chinese clothing fever has been set off across the country. Why did the “Hanfu fever” appear? What controversies have arisen in the revival of traditional Chinese Clothing? What is the cultural significance behind the Chinese costume? There are several aspects we can learn about this phenomenon.

1. What is Traditional Chinese Clothing?

Traditional Chinese Clothing, full name being the Han nationality traditional clothing, is acceded to the throne from the Huang emperor to the middle of the 17th century (Ming dynasty). The costume developed in the main residential areas, with the Chinese etiquette culture being the center. Through the natural evolution and formation of the unique Han style and personality, the costume is significantly different from other national systems of traditional clothing and accessories. As a survey concludes, Traditional Chinese Clothing has inherited more than 30 Chinese intangible cultural heritages and protected Chinese arts and crafts.

The overall style of Han costume for thousands of years is light and plain, emphasizing the unity of nature and man. The ancient robes of the Han people can best reflect this style. The main characteristic of this kind of robe is the toga, with big sleeves and a bobbin belt. From the silk paintings of the Han dynasty and some figure paintings leftover from the Wei, Jin, Sui, and Tang dynasties, we can see one or two of their divine features — the simple Han costume coat attached to the figures of different bodies suddenly has a kind of fresh vitality, with soft and smooth lines. The gown fully embodies the gentle and comfortable, elegant, unsophisticated, poised national character of the Han people, as well as the plain natural, implicit and euphemistic, elegant, and fresh aesthetic taste.

2. A rising of the Traditional Chinese Clothing industry

The Traditional Chinese Clothing industry also stimulates new consumption vitality. In addition to clothing consumption, all kinds of offline experiences are springing up such as the makeup industry, photography, and headdress props, a business was opened. Industries related to ancient culture are becoming new economic highlights. The fever drives the development of related industries such as clothing, shoes, and hats, and also gives rise to new professional groups, such as Traditional Chinese Clothing models, antique photographers, and makeup artists. Ancient Chinese Clothing is gradually coming into public view.

3. Reasons accounting for the youngster’s choice

However, with the development of this fever, some young people now choose to wear Ancient Chinese Clothing for more diversified reasons. For example， one of the reasons for today’s fever is that young women, as the main consumers, are driven by costume dramas and national-style games. More specifically, according to a survey, the main consumption motives of Traditional Chinese Clothing consumers cover various aspects, such as watching TV dramas, following stars, seeking novelty, highlighting the personality, and mutual imitation, most of which, from my perspective, have betrayed the original purpose of promoting our national costume.

All the ethnic minorities in China have distinctive costumes that represent their own ethnic groups, and many ethnic groups in the world also have representative national costumes. However, there are still some questions to be explored about whether Traditional Chinese Clothing can be revived by this upsurge and what direction it will take.

As for this sudden fever, people’s opinions have been greatly divided. Some fans of traditional culture think it is a good way to draw people’s attention to traditional Chinese culture in an age when foreign cultures have been rapidly invading our lives and affecting people’s values. As we can observe, the younger generation nowadays has easier access to information from all over the world. The censorship of all those imported cultural products, however, has not been strictly regulated and strengthened, which means it may bring confusion for them to distinguish right from wrong as people who are still in their formative years have not established a mature outlook and values.

But more people said they could not understand such a fever. For one thing, the revival of Traditional Chinese Clothing seems to be a false proposition that clothes are made to wear rather than to break off with the Renaissance culture, and Traditional Chinese Clothing is a representative of a backward culture. The second point of view is that the fans of this circle are way too crazy, thus making such Han Clothing heat total nonsense.

To begin with, the Chinese civilization has a long history, and the changes in customs in different dynasties are also reflected in the changes in clothing fabrics, styles, and styles. There are various kinds of Han Clothing, so it is worth discussing whether to unify the form and system. Secondly, the occasion wearing the Han custom should be considered are they for specific etiquette occasions, or just for daily use? As is known to all, clothing itself has different functions. Only by conforming to the norms of historical custom and accurately reflecting the symbolic meaning, can it become the real carrier of Han culture. Furthermore, Traditional Chinese Clothing can be appropriately integrated into modern elements to make it more suitable for daily living and be in line with the modern Oriental aesthetic rather than being strict to maintain the ancient shape and system unchanged. More efforts should be made to encourage young people to have a deeper understanding and re-dissemination of excellent traditional Chinese culture through their interest in the costume. In addition, in fact, the current fever began as a kind of circle culture. In all circles, there is also a kind of autism, such as the quadratic circle. This kind of clique culture is easy to cause the passer-by audience to be disgusted. Han culture is characterized by its inclusiveness and tolerance. Therefore, Traditional Chinese Clothing should move towards the dialectical development of inheritance and innovation.

Finally, in the design and production of Traditional Chinese Clothing, there exists the problem of piracy. Designing a handmade and high-quality costume usually requires months or even a year. But with the increasing demand, some businessmen take risks, copy others’ designs, or even use design shape that is not standard. Of course, the original Traditional Chinese Clothing is recovered from history, and its restoration process depends on in-depth research of history and traditional culture. For today’s Traditional Chinese Clothing lovers and industry practitioners, how to distinguish the true and the false, how to define original and pirated, to what extent the improved design can be accepted in order to be more suitable for modern life and aesthetics and what difficulties are still facing the intellectual property protection of its design, these are all questions they need to think about.

To sum up, diversity, proper occasions, compatibility, and professionalism should be the future development direction of Traditional Chinese Clothing.