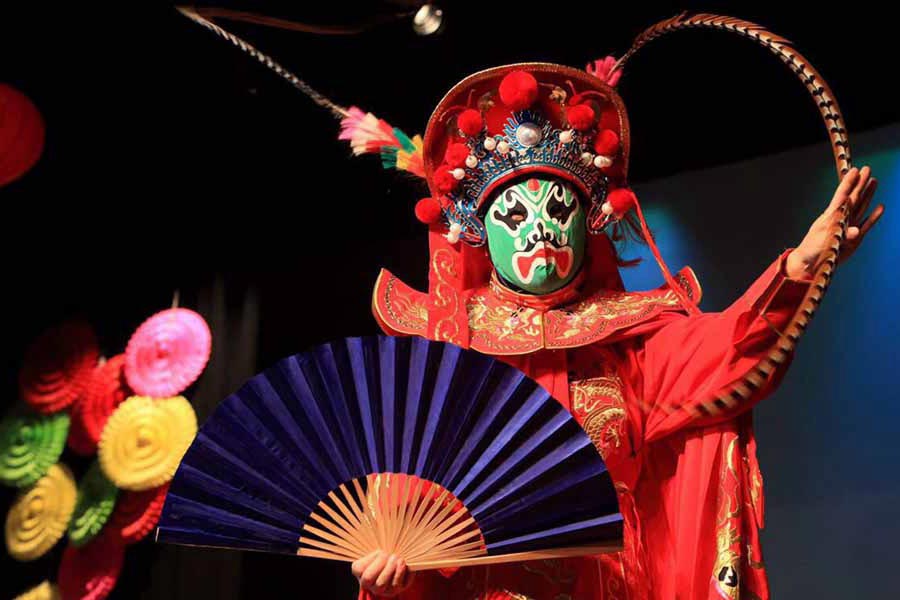 If you plan to go to China, one thing that is strongly recommended is to watch Chinese opera. After seeing the unique costumes, hearing the distinctive singing, and watching the traditional plots, you ought to build a deeper understanding of Chinese culture.

Here are 6 things you must know about Chinese opera.

1. Origin of the Name “Chinese Opera”

The man who first came up with the conception of “Chinese opera” was Liu Xun of the Song Dynasty. He used the word “Chinese opera” in his work The Biography of Ci Poetry.

Afterward, the well-renowned scholar Wang Guowei, who was born in 1877 during the Qing Dynasty and died in 1927 during the Republic of China, was the one who finally determined to name Chinese traditional drama after “Chinese opera”. This was recorded in his works Opera History of Song Dynasty and Yuan Dynasty. He emphasized that only the harmonious combination of language, actions, singing, and acting could be called the Chinese opera. And such a fancy combination is supposed to be the essence of Chinese opera.

In modern times, we can look for the definition in the dictionary Cihai for reference. It shows that Chinese opera is a drama consisting of various elements such as literature, music, dance, art, acrobatics, and so on.

2. Characteristics of the Chinese Opera

The main artistic characteristics of Chinese opera include its comprehensiveness, virtuality, and formality.

First, the comprehensiveness of Chinese opera is embodied in its combination of various kinds of arts, including dance and acrobatics, to create original and distinctive performances.

Second, virtuality is the basic method to reflect reality in Chinese opera. It refers to the actors’ exaggerated way to express their emotions or reflect the objects. Though exaggerated, it is feasible for the audiences to understand the meaning behind their actions, and it is usually capable to give special experiences to the audiences.

Furthermore, another characteristic of Chinese opera is its formality. The everyday actions, closing the door, opening the windows, going down the stairs, mounting the horse, and boarding the boat included, all have a fixed routine. The Chinese opera has formality in terms of script, characters, music, and costumes as well.

According to statistics, there are about 360 kinds of Chinese opera in various regions of China.

Let me introduce 3 famous kinds of Chinese opera to you.

Sichuan opera is a mixture of Kun Opera, Chinese shadow puppetry, and local Lantern Opera. The facial makeup of Sichuan opera is restrained less, which results in more vivacity and variety.

4. Different Characters of the Chinese Opera

The different class has different image connotation, as well as specific performance systems to stress its fantastic beauty and enhance its expressive effects.

5. Unique Techniques of the Chinese Opera

Chinese opera has 4 unique techniques. They are the face-changing art in Sichuan opera, the “blowing fire” in Qinqiang opera, the fan work, and the handkerchief work.

The face-changing art in Sichuan opera refers to the process that the facial makeup of the actors changes abruptly with momentous occlusion lasting no more than 1 second.

The “blowing fire” in Qinqiang opera usually shows up in the plays consisting of monsters or ghosts. There are always lit candles put on the stage. The actor would blow to the flames. Suddenly big fire emerges as if it is the actor who creates the fire from his mouth.

Fan work is regarded as one of the basic skills for opera actors. The opera actors are capable to complete a variety of movements with the fans holding in their hands to express the feelings of the characters.

The handkerchief work is also more than common in Chinese opera. There exist more than 30 kinds of handkerchiefs that work now, including spinning, carrying, holding, kicking, throwing, and shooting the handkerchief. The handkerchief can help to complete a large number of wonderful dance postures. Meanwhile, it can be an ordinary means to depict the characters’ inner world.

6. Development of the Chinese Opera

Though brilliant and attractive, Chinese opera doesn’t develop well in those years, especially among the young generations. The majority of its audiences are the elder and visitors. And it is a rare phenomenon that young people go to the theater to watch Chinese opera.

Hence, some famous opera actors are struggling to propagate Chinese opera to the public. Wang Peiyu is one of them. She once said:” There are only 2 kinds of people in the world. The first group loves Chinese opera, and the other hasn’t listened to Chinese opera yet.” Her persistent efforts have paid back, and many people get to know and love the Chinese opera influenced by her.

Though the process will be tough, with the incessant endeavor of the promoters and the increasing importance attached to the Chinese opera by the government, the future of Chinese opera must be promising and bright!