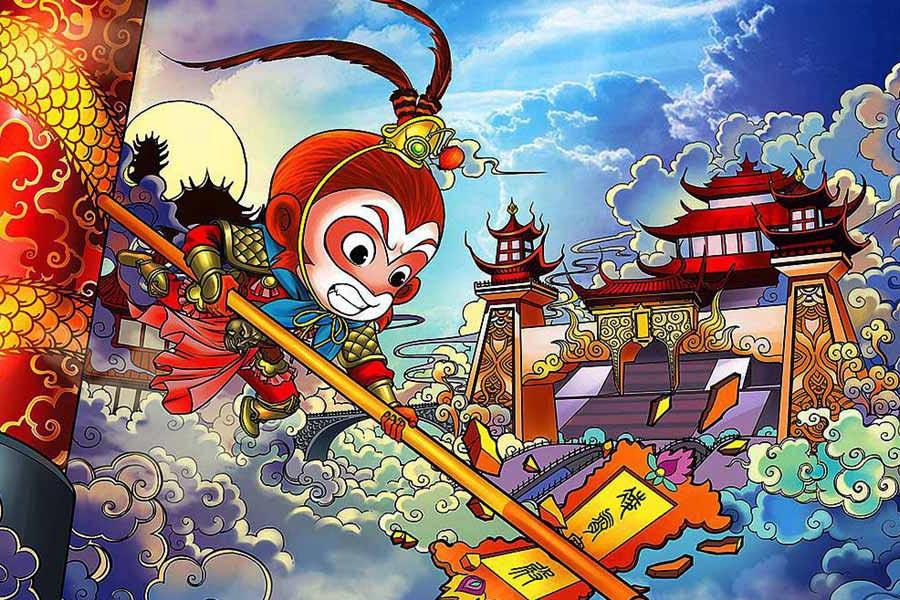 It is a rather interesting but also common phenomenon nowadays that when people of different generations gather together to talk about a certain topic, their perspectives and conclusions vary with their age and background. It is also not exceptional when it comes to Chinese culture, that people born in different generations have different impressions and keywords about this topic.

It is basically without a doubt that the most favorite and prevalent form of Chinese culture is various operas from the post-60s. If you take a walk in the morning or after dinner, you can find many seniors walking with a radio broadcasting classic operas such as Huangmeixi. The melodious tunes, as well as fine lyrics, are so inviting to them that many of the elderly enjoy listening to or even singing operas when they feel bored or tired.

To briefly make an introduction, Chinese opera is mainly composed of folk songs, dance, rap, and farce. It originated from a primitive song and dance and is a comprehensive stage art style with a long history. After the Han, Tang, Song, and Jin Dynasties, a relatively complete opera art was formed, which is composed of literature, music, dance, art, martial arts, acrobatics, and performing arts, with more than 360 types. It is characterized by the aggregation of many art forms with one standard and is also the embodiment of their respective personalities in a common nature. Chinese opera, Greek tragedy and comedy, and Indian Sanskrit opera are called the three ancient drama cultures in the world. After a long-term development and evolution, it has gradually formed five major opera types, namely Peking Opera, Yue Opera, Huangmei Opera, Ping Opera, and Yu opera.

From another aspect, in the early years when there are few recreational activities, listening to or seeing operas is a rare and precious experience for them. The old generation tends to be a little rigid in that they sniff at popular love songs, and won’t be able to accept new things easily. In such a condition, traditional operas that convey traditional moral stories become the top choice for them even in the 20th century.

What impresses this generation the most may be some films or TV series adapted from classic Chinese masterpieces. In 1958, Beijing TV, the predecessor of China’s central television, began a pilot program, marking the birth of China’s television industry. On December 26, 1970, the first color TV set was born in Tianjin 712 factory. In early 1978, several major cities, including Beijing, began rationing small quantities of color TV sets imported from Hungary and Japan by ticket. In 1978, the state approved the former Shanghai television plant which is now the Shanghai radio and television group to introduce the first color TV production line from abroad, which was completed in 1982. With the improvement in living conditions, more and more urban and rural residents are buying color TV sets. Since then, color TV has entered the popularization stage in China. It can be seen that the post-70s grew up with the development of the film and television industry in China. The most unforgettable experience for many of them was seeing films outdoors with their friends in the village.

The Monkey King, which was produced by Shanghai Animation Film Studio and screened in 1964, is a sensational work at that time. It is adapted from one of the four famous novels The Journey to the West in the form of animation which presents the legendary experience of the protagonist Wu Kong in a concentrated and prominent way through the story of the Monkey King making trouble in the dragon palace and fighting against heaven. The animation not only grasps the essence of the original work but also can carry on the plot arrangement and the image description according to the children’s appreciation of psychology. Therefore, the whole film is magnificent in the scene, vivid in the image, and full of twists and turns in the plot, with unique artistic colors, which is the main reason why the film can be called the immortal work of Chinese animation. As a classic of Chinese animation, it has influenced generations of people and is a monument in the history of Chinese animation.

There are also some excellent works such as the different conversion of Dream of the Red Chamber and Teahouse, which company the growth of the generation. These works not only enrich the post-70s boring life but also excite their interest in learning about traditional Chinese culture. Those works broaden the insight and scope of knowledge of that generation and spur their vivid imagination, which can’t otherwise be achieved.

Altogether, Chinese culture is evolving with the times and is presented in various attracting forms. For people of different generations, the impressions and keywords of traditional culture vary with the age as well, but the passion and respect for the culture won’t change. The youngsters are finding new ways to illustrate profound traditional Chinese culture byways of combining new technologies and new social topics that our cultural products have now been a hit in the world due to their variability, diversity, and rich connotation.