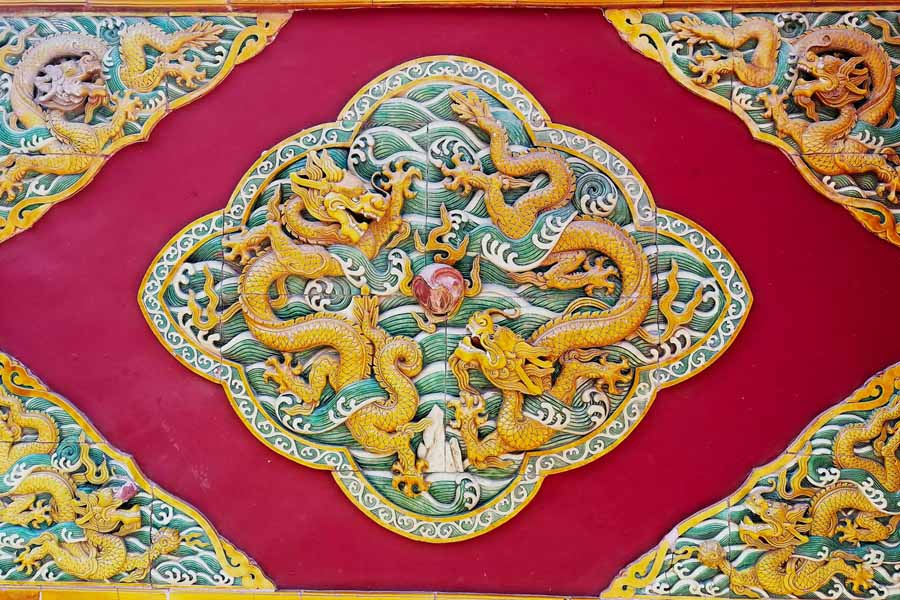 Liu Bang was a peasant rebel leader who became a hero as the founder and first emperor of the over 200-year-long, powerful Western Han Dynasty (206 BC-25 AD). It was followed by another 200 years of the Eastern Han Dynasty (25-220 AD).

British historian Arnold Toynbee (1889-1975) once said: “The two most far-sighted and influential political figures in the history of mankind are Caesar, who founded the Roman Empire, and Liu Bang, who founded the Han Empire.”

Liu was born in a peasants’ family in today’s Feng County in east China’s Jiangsu Province. According to legend, before Liu was born, his mother took shelter under a bridge during a rainstorm. A dragon suddenly appeared in the dark sky. She found herself pregnant and gave birth to Liu Bang.

The boy Liu did not like reading and was frequently chided by his teacher and parents for skipping school. When he grew up, Liu first worked as a patrol officer in a small hamlet in his home county.

After some time, he became close to some county officials and became well-regarded.

One day, while Liu was escorting convicts to a place called Xianyang, he encountered a grand procession of Qin Shi Huang, the first emperor of the Qin Dynasty (221-206 BC). He was so impressed by its majesty and extravagance that he blurted out: “As a man, one should live a life like that.”

Not long afterward, while Liu was escorting another group of convicts on a journey to Mt Li, some convicts managed to escape at night.

According to harsh laws at the time, Liu would be held responsible and executed. So, he decided to set the remaining convicts free and he himself went into hiding. But some of the convicts volunteered to follow him.

During the late years of the Qin Dynasty and particularly after the death of the first emperor in 210 BC, peasant rebellions and uprisings had spread across the country like wildfire. Then, the magistrate of Liu’s home county decided to join the insurrection against the Qin rule.

And following his aides’ advice, he asked Liu to come back and join his forces. However, just when Liu was about to arrive at the county seat, the magistrate regretted and ordered all city gates closed to prevent Liu from entering.

Liu used arrows to shoot leaflets into the city, instigating locals to kill the magistrate and open the city gates for him. As many residents had long resented the county chief’s greedy and unpopular administration, so they followed Liu’s call and killed the magistrate.

After Liu entered the city, locals called him the Duke of Pei. Pei was the ancient name of his home county. In the following days, Liu organized a rebel army and began to fight Qin forces. After numerous battles, Liu’s forces made a steady advance toward Xianyang, the capital of the Qin Dynasty. In December 207 BC, seeing that the war was as good as lost, the Qin ruler surrendered to Liu, bringing an end to the Qin rule.

However, the country was not united then. Another rebel force led by Xiang Yu, known as the Hegemon-King of Western Chu, was challenging Liu for dominance. The battles between the Han forces led by Liu and the Chu forces led by Xiang lasted for four more years.

It was not until Xiang’s forces were routed in the famous battle of Gaixia and then Xiang committed suicide that Liu eventually united the country and proclaimed himself the first emperor of the Western Han Dynasty.

The powerful Han Dynasty had a great influence on Chinese social, economic and political systems and culture. Even today, people use “Han” to name the majority ethnic group in the country and the Chinese language.