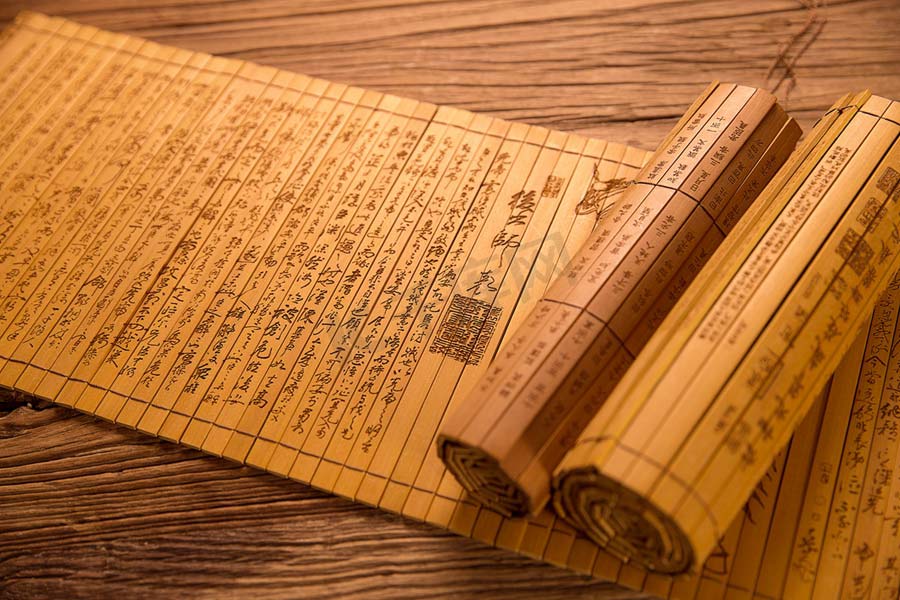 The Yellow Emperor’s Inner Canon, known as Huangdi Neijing, is the earliest text on the theories and practices of traditional Chinese medicine. Compiled by several ancient Chinese doctors and medical scholars more than 2,300 years ago, it has been deemed one of China’s top four medical classics and is a cornerstone of Chinese medicine.

Most of the book’s contents were written or compiled during the Warring States Period (475-221 BC), though one or two chapters are believed to have been put together during the early years of the Western Han Dynasty (206 BC-25 AD). The identities of the original authors and compilers of this great medical classic cannot be determined today.

The work is composed of two parts, each containing 81 chapters. They are written in a question-and-answer format, recording conversations between the mythical Huangdi, or Yellow Emperor — the earliest ancestor of the Chinese nation, and his ministers, chiefly Qibo, a mythological Chinese doctor, and Shaoyu, a legendary acupuncturist.

The first part of the book is called Suwen (素问), or “Basic Questions,” which discusses the nervous system, channels and collaterals, etiology, diagnostic methods, treatment principles and acupuncture.

In general, the book covers topics such as overall concepts of Chinese medicine, Yin and Yang, the Five Elements — metal, wood, water, fire and earth — disease prevention, and maintaining good health. It describes a human being as a microcosm interacting with his or her surrounding natural conditions or the macrocosm. The key is to keep both the balance within one’s microcosm and the balance between the microcosm and the macrocosm.

It also lists many do’s and don’ts to ensure good health. For instance, the book advises people to be abstemious, eat more vegetables, keep a healthy lifestyle, seek the peace of mind, be magnanimous and read books.

The Yellow Emperor’s Inner Canon also asks readers to get enough sleep, and it claims that it could take more than 100 days to make up for the loss of one night’s sleep. The book also warns of the bad effect of having sex after drinking alcohol and advises readers not to try to spit a long distance, saying this can sap vitality.

It also reminds the reader of the following 10 daily exercises, which are good for health:

The original second part of the book had several names, such as Jiujuan (Nine Volume), Jiuxu (Nine Virtual), and Zhenjing (Acupuncture Classic), but none survived after the Tang Dynasty (618-907 AD). The existing version was compiled in the Southern Song Dynasty (1127-1279 AD).

Apart from its section on acupuncture, the second part is not as influential as Suwen. When people talk about “The Yellow Emperor’s Inner Canon,” they usually refer to the first part of the classic.

In addition to Chinese medicine, the book also discusses astronomy, geography, psychology, sociology, philosophy, and history. Some scholars have called the book an “encyclopedia of life” and claimed that traditional Chinese medicine is a medical science based on life philosophy.

Today, this book still plays an important role in Chinese people’s daily health routines. Some parts of the book have already been translated into Japanese, English, German and French, contributing to the advancement of the world’s medical science.