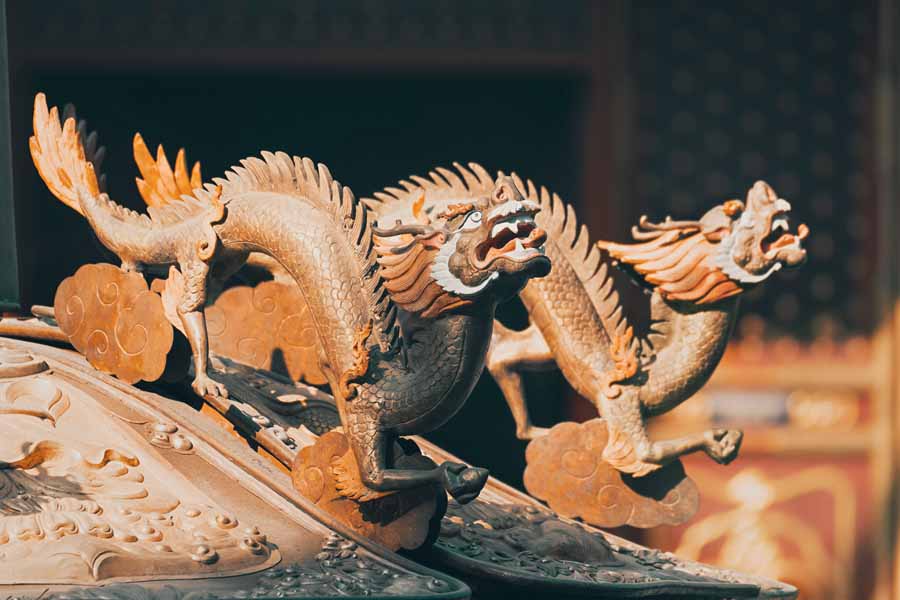 The Yellow Emperor, also known as Emperor Huangdi, is widely deemed as a “historicized” legendary figure in Chinese history. He is credited with a number of key inventions, such as farming, the creation of the Chinese language, making traditional Chinese musical instruments, and the manufacturing of boats and vehicles. Above all, the Yellow Emperor, together with the Emperor of Fire or Yandi, is regarded as the primogenitor of the Chinese nation.

According to legends, the Yellow Emperor’s family name was Gongsun and his given name was Xuanyuan. His given name Xuanyuan has been frequently used in literature, particularly in poetry, as a reference to the ancestry of the Chinese nation.

The Yellow Emperor was a tribe chief in the middle reaches of the Yellow River in northern China. Therefore, the Yellow River, the second-longest river in the country, is always referred to as the cradle of Chinese civilization.

It was said that the Yellow Emperor was a very bright child and when he grew up, he was chosen by tribesmen to be their leader. As tribe leader, the Yellow Emperor first decided to change the hunting and nomadic lifestyle by teaching his tribesmen how to build shelters, domesticate wild animals, and also how to grow crops. To improve the primary way of keeping records by tying knots on strings, the Yellow Emperor asked Cangjie, an official historian, to create a language. After the historian eventually worked out a unique pictographic system to keep records, the emperor called on all his tribesmen to learn the new writing system. It was said that on the day the Chinese characters were created, the sky began to shower crops as a heavenly congratulation on human beings for passing a key threshold in evolution and civilization.

In addition to the new language, the Yellow Emperor also asked a musician, Ling Lun, to create a code of sound laws. The emperor was said to be personally involved in the creation of the guqin, the Chinese zither, which is still popular today more than 4,000 years after it was invented.

Also, a famous medical book, called “The Yellow Emperor’s Inner Canon,” was reportedly written by a doctor according to an order issued by the emperor, although historians later found it was actually compiled during the Warring States Period (475-221 BC), more than 2,000 years after the Yellow Emperor’s time.

Seeing that people cover themselves with animal hides, leaves or tree bark, Leizu, wife of the Yellow Emperor, taught them how to breed silkworms and how to weave silk cloth. She even taught them how to dye the cloth different colors to make beautiful clothes. So, the empress became known as the “Goddess of Silk.”

To facilitate travel across the wide Yellow River, the Yellow Emperor himself created boats and also land vehicles. He also taught his tribesmen to grind hard stones into lethal weapons to defend their homeland.

When the Yellow Emperor learned that Chi You, the chief of the Nine Li tribe, brutally oppressed his people and frequently killed men and women indiscriminately, he routed Chi You in a fierce battle and liberated all his people. After winning the victory on the battlefield, the Yellow Emperor became the ancestor of all Chinese people.

According to the legends, the Yellow Emperor lived more than 110 years and eventually left the world and ascended into heaven riding on a giant dragon.

The Yellow Emperor’s mausoleum is located in today’s Shaanxi Province in northwest China. Every year, grand ceremonies are held there to worship the ancestor of the Chinese nation.