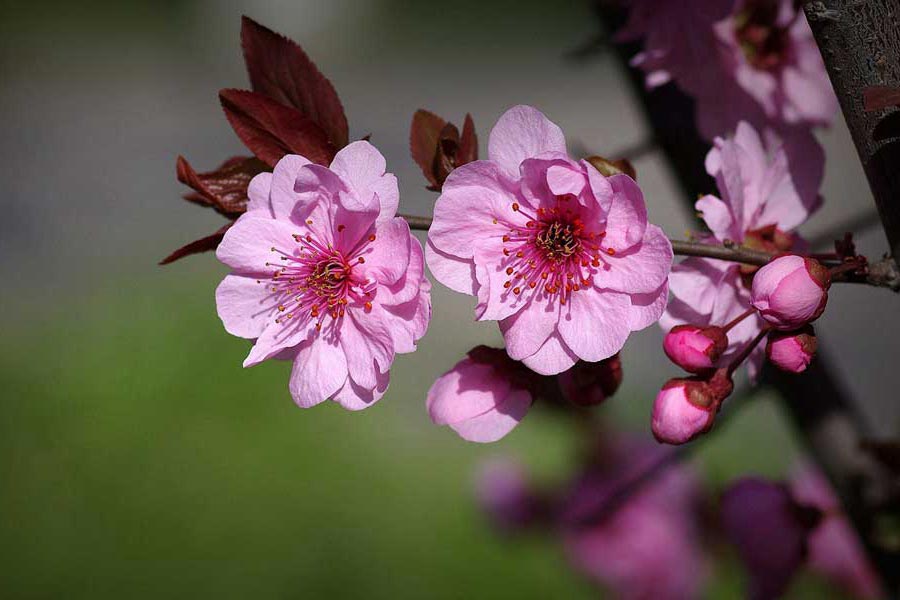 A gentleman is a man of learning and cultivation. For more than two thousand years, the ideal personality of Chinese people is to have both ability and morality, and to be gentle, In times of hardship, one should treasure himself at first, In times of success, he is expected to benefit others. But do you know that there are also plants that can be called gentlemen in China? That is plum blossom, orchid, bamboo, and chrysanthemum, which are often mentioned in ancient Chinese poetry.

For thousands of years, with their elegant and indifferent quality, they have been loved by the people and have become a cultural symbol of personality, which is not only due to the nature of the plant itself but also due to the appreciation and esteem of the literati and the reclusive gentlemen of all ages. The origin of the name of the four gentlemen, I think, is probably from the ancient sages, who often compare themselves with plum Blossom, orchid, bamboo, and chrysanthemum, and they are also enough to be used to describe the reason for their high integrity. Based on this internal moral metaphor, the name of “four gentlemen” is indeed appropriate.

Plum blossom can bloom in the cold winter, no matter how strong the wind blows, no matter how heavily it snows, the plum blossom can always bloom as scheduled. Plum blossom does not bloom in spring, it does not compete with flowers for beauty but chooses to bloom in winter. The colder the day is, the more exuberant it is. When no one pays attention to driving, this kind of active avoidance is a kind of modesty.

The cold in winter makes it difficult for many plants to grow, but the plum blossom is not afraid of the wind and snow. It can blossom in the face of bad weather and low temperature, which shows its fearless spirit. The colder it is, the more prosperous it is. The soul can’t be changed by the wind and the snow. This kind of pride is among the best. When people think of plum blossoms, they will be inspired by their firm, upright, and noble temperament.

Orchid is a kind of precious and magical herb. Orchids usually grow in deep valleys or remote corners. Orchid has a dignified appearance, upright branches, and fresh and elegant smell, which is always a symbol of a noble personality. People regard orchids as the symbol of noble, elegant, patriotic, and unswerving. Orchid symbolizes noble. Qu Yuan, the poet, loves orchids very much. In his immortal work Lisa, there are many beautiful sentences about orchids. For Chinese people, orchids have profound national significance. Orchid symbolizes the temperament of an intellectual and the introverted demeanor of a nation.

Therefore, for orchids, Chinese people can be said to have deep-rooted national feelings and character identity. Orchids, elegant leaves, and flowers, refreshing fragrance has been loved since ancient times.

The branches are tall and slender, green all year-round. In Chinese tradition, bamboo symbolizes the elasticity, longevity, happiness, and spiritual truth of life.

Bamboo grows silently in the wild mountains. No matter in the peak ridge or in the ditch, it can survive in adversity with perseverance. Despite the endless loneliness and desolation and the beating and torture of wind, frost, snow, and rain all year round, it has always been rooted in the mountain with dedication and no regrets. For thousands of years, bamboo has been worshiped for its high moral character.

When the spring breeze hasn’t melted the remaining cold of the last winter, the new bamboo shoots sprout quietly on the ground. After a spring rain, the bamboo shoots break through the ground and point straight to the sky. The bamboo is light and delicate, evergreen all year-round, but it never makes a fuss or is domineering. And because bamboo is hollow, it symbolizes modesty and not pride in character, bending but not bending in bamboo’s characteristics, and it symbolizes the principle of being rigid in softness. Simplicity is her character. Bamboo is light, elegant, and spotless. She does not want to be gorgeous or seek fame. Her natural nature is admired by the world. And painting bamboo has become an important kind of Chinese flower and bird painting. Zheng Banqiao in Qing Dynasty is famous for painting bamboo all over the world.

Chrysanthemum is a traditional Chinese flower. It is meaningful and beautiful, but not charming to color, to win the simple and unswerving, in full bloom after the withering flowers. People love its beauty, and they love its blooming in the cold frost. The cold wind blows but leaves don’t fall off.

The Chinese people give it noble and strong sentiment, and regard the national spirit as the symbol of national essence and love. Chrysanthemums can reflect a lot of spiritual character of human beings, which means noble sentiment. There is also the name of a hermit, which means that he is like a hermit.

Chrysanthemum blooms in September, which is consistent with the long-term tone in China, indicating a long and auspicious life. In addition, the concrete implication is also related to the color of flowers. Chrysanthemum is mostly pure yellow. Our ancestors thought that yellow is the noblest color of the Chinese nation, called yellow the unadulterated color. Therefore, a chrysanthemum can symbolize the integrity of life, white chrysanthemum means mourning. In addition, it symbolizes perseverance. Chrysanthemum is not only a portrayal of the Chinese literati’s personality and integrity but also has been given a wide and far-reaching symbolic significance.

Gentleman culture is the unique spiritual symbol of the Chinese nation. Plum blossoms, orchids, bamboo, and chrysanthemum have become the symbols of Chinese people’s feelings about the metaphorical quality of things, which respectively represent the four characteristics of Chinese traditional culture: noble, elegant, dignified, and indifferent. People’s praise for these qualities is rooted in their yearning for this personality realm.