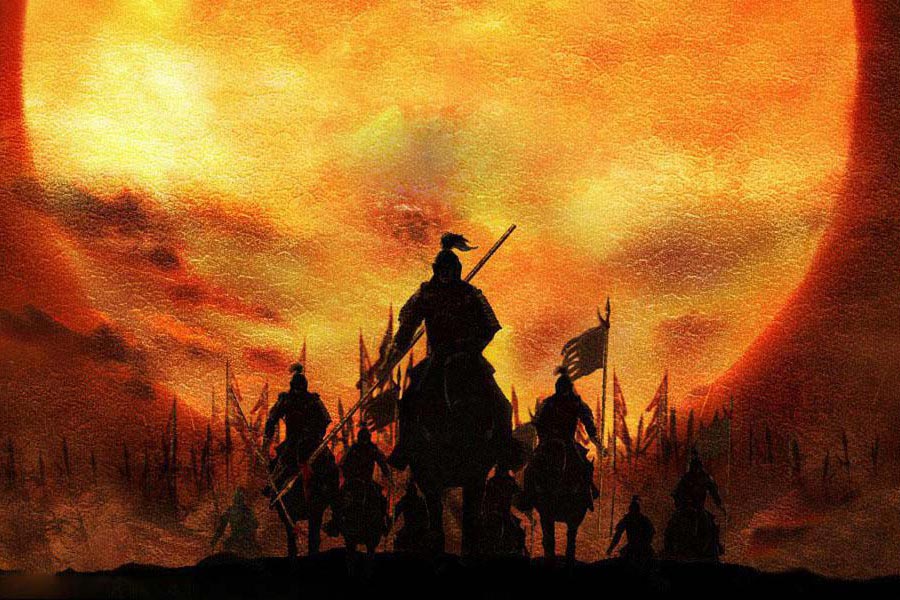 Maybe you all know that Han Xin is a hero in the mobile game” Glory of the king”. Han Xin’s attack damage and skill effect in the game are very high, he is a favorite character of many players. And his historical prototype is also a famous hero.

Han Xin (about 231-196 B.C.) made great contributions to the inheritance of strategists’ thoughts. Han Xin was the founder of the Western Han Dynasty, a great strategist, tactician, commander-in-chief, and military theorist in Chinese history. Han Xin used his troops to win by surprise and was regarded as the immortal and God of war by later generations.

I know speaking of this point you may have a doubt. There are so many military experts. Why is Hanxin the only one who is called “soldier Fairy”? Is his strategy really higher than others? Han Xin, known as the “soldier Fairy”, originated from the works of a scholar in the Ming Dynasty. The scholar’s name is Mao Kun. He compiled a book called “historical notes”. There is a saying in it: “Han Xin, soldiers, and immortals!” Then, in the Wanli period of the Ming Dynasty, Zhu Changhao, one of the sons of the emperor Shenzong of Ming Dynasty, set up a tablet for Han Xin in order to worship him, which was written with the four words “commander-in-chief, the God of war”. Since then, the name “soldier Fairy” has spread. Next, we will learn about Han Xin himself and his art of war through the following two stories.

Han Xin lost his parents when he was very young. He mainly depended on fishing for money. He was often helped by a poor old lady who washed silk and cotton, but he was often discriminated against and treated coldly by people around him. Once he met a group of villains on the street. One of the butchers saw Han Xin has a sword on his back. He stopped Han Xin’s way and said, “although you are tall and big, you like to take a knife and a sword with you, in fact, you are very timid”! If you think you are brave, dare you to stab me with your sword? If you don’t dare, then go through my crotch. Hanxin knows that this is an unequal contest, with his own strength against so many people, he will be beaten hard. So, in front of many people, he went down the butcher’s crotch.

Many years later, Han Xin became a great general with illustrious achievements by virtue of his own ability. When he went home he found the butcher who insulted him. The butcher was frightened and trembled. Han Xin is very frank and open-minded, he didn’t threaten or embarrass the butcher. On the contrary, Han Xin offered him a small official. The humiliating crawl under the crotch is the portrayal of Han Xin who does not care about villains and is devoted to seeking great things. In fact, heroes have nothing to do with being humiliated. What matters is the performance after being humiliated, are they striving for strength or continue to be humiliated?

Pretend to Advance Along one Path while Secretly Going Along Another

“Pretend to advance along one path while secretly going along another” means to confuse the enemy from the front and attack suddenly from the side, it is a famous and successful example in ancient war history. It is one strategy of the Thirty-Six Stratagems in our country’s military strategy. Many famous wars in history have used this strategy. And the thirty-six in Ming and Qing Dynasties is the essence of the art of war.

At the end of the Qin Dynasty, political corruption and the rise of the great powers led to the anti-Qin Dynasty. Liu Bang’s troops first entered Guanzhong and attacked Xianyang. Xiang Yu, a powerful man, forced Liu Bang to withdraw from Guanzhong. Liu Bang almost died at the Hongmen banquet. After his escape, Liu Bang had to retire to Hanzhong. In order to confuse Xiang Yu, when Liu Bang retreated, he burned all the plank roads from Hanzhong to Guanzhong, indicating that he would not return to Guanzhong. In fact, Liu Bang never forgot to defeat Xiang Yu and fight for the world.

In 206 BC, Liu Bang had gradually become stronger, he sent Han Xin, the general of his army, to the East. Before the expedition, Han Xin sent many soldiers to repair the burned plank road and put forward a posture to kill back from the original road. Upon hearing the news, the garrison in central Shaanxi closely watched the progress of repairing the plank road and sent the main forces to step up the defense at each gateway fortress along the line to stop the Han Army’s attack.

Hanxin’s action of “building the plank road clearly” really worked. Because it attracted the attention of the enemy and lured the main force of the enemy to the front line of the plank road, Hanxin immediately sent a big army to Chencang to launch a surprise attack, defeated Zhang Han in one stroke, pacified the three Qin dynasties, and took a decisive step for Liu Bang to unify the Central Plains.

The reason why Hanxin has achieved so much lies in his great military talent. Before Hanxin, there were famous generals such as Wu Qi, Bai Qi, and Sun Bin. However, they all had masters to teach them the art of war. However, Hanxin had no teachers to learn from. In this case, Hanxin was named the general by Liu Bang at the age of 25. Moreover, Hanxin had no achievements in the war before,  For the first time in Chinese history, Han Xin helped Liu Bang to calm down the chaos only four years after he followed Liu Bang. Compared with Zhuge Liang and Liu Bowen, Han Xin took many times faster than them. From this point of view, Han Xin is undoubtedly called the soldier fairy.